It was some time later when the pair began their lifelong affair yet again. Although their relationship, they thought, had finished years ago, it wasn’t entirely over. Wanting closure is the contemporary expression for terminating a relationship, especially a friendship for life and love like the one that had bound Amira and Alex together since their teenage years.

Amira didn’t take Alex seriously at first, especially as they were both married to one another’s best friends and had put their affair out of their thoughts for some years. Somehow, they just couldn’t help themselves. Both had suffered from bouts of desire, which both chose to ignore, suppressing any wrongful emotional need. It wasn’t a need, Alex reasoned, it was a plain simple want. He still wanted Amira.

Alex and Mila returned to LA for holidays and the occasional flying visit when the damp cold Aotearoa winters brought nothing but long white clouds for weeks on end. They had to escape to the warm shores of sunny California and catch up with their closest friends, share laughter and many lively conversations late into the night which brought the two couples closer. It also contributed to burying Amira deeper in the silent misery of her subterfuge with Mila’s husband.

In truth, it was a very convenient affair. Both men were close friends and had been in the same elementary school together. But it was in College where they both grew closer and spent weekends away camping and fishing. Fred had taught Alex to fly fish for trout on several annual trips over the years to the beautiful, languid lakes of Gull and Topaz in Mono County waters. Stocked with Rainbow and Brown Trout, the men always caught their fish allowance, including the big one that often got away. Alex quickly learned the dance of the trace, stretching back and pitching the rod unleashing the reel, so the line flew across the river’s surface.

‘It’s easy. Make a smooth swinging oval shape, shifting your weight to hook the bastards,’ Fred explained as he watched Alex shift his body from one foot to the other.  Alex arched backwards holding his rod high and smoothly curling the line into the air as it freely ran off the reel.

‘What if we don’t catch anything?’ Alex asked, gazing across the deep clear green waters of Lake Gull, surrounded by vibrant forests reflected on its deep blue-green mirrored surface. He could smell the foliage, the freshness of the earth and hear the song of birds nearby calling to their mates.

Fred snorted. ‘It’s nigh impossible,’ he stretched his arm out indicating the expansive water and rocky outcrops with exotic forest to the horizon. ‘They’re everywhere and regularly stocked. You just can’t miss.’

‘You say that Fred, but I just feel so damn inept.’

‘There’s an alternative method,’ grinned Fred. ‘’It’s manual capture. Do you want to give that a go? No rod or hook involved.’

‘Really?’ Skeptical, Alex looked around at Fred, checking to make sure he wasn’t being punked. ‘You’re so full of it,’ grinned Alex. He was sure the glint in Fred’s eye was a giveaway.

‘Do you want to learn it or not?’ Fred returned to a serious focus.

Alex nodded, and Fred pressed his index finger across his closed mouth, curving one eyebrow at his friend. Clearly a signal for absolute silence.

Alex seemed unimpressed, shook his head in disbelief and followed Fred into the water about four yards from the muddy edge. He leaned forward putting both hands in the water and gently swayed with the motion of the river’s current as it pushed into the surrounding lake. Alex stood convinced this was more bullshit but maintained his reticence. Several minutes went by, and Fred had both his hands cupped and gently moving in the water.

‘Give me a break!’ Alex couldn’t resist calling him out in a harsh whisper. Fred responded with a frown but didn’t change his posture. Two minutes later a large Trout, almost an adult, its shiny silver scales and spots glistening in the water moved into Fred’s open hands. Very slowly, almost imperceptibly at first, Fred moved his fingers under the trout’s body, avoiding its fins. Alex was dumbfounded, mesmerized by the fish’s gentle motion against his friend’s moving fingers. As Fred went to clasp the trout and fling it onto the riverbank, the fish took off and rapidly disappeared.

‘What the hell were you doing?’ Alex almost shouted.

‘Trout tickling,’ Fred’s face was set with solemn determination as if he was presenting a budget report to corporate management.

‘Hell no! I’m damn serious,’’ Fred explained. It’s an ancient native technique. You tickle the trout’s underbelly and soon as they relax you can do almost anything to ‘em.’

Fred could tell he had Alex hooked. Now he just had to reel him in. ‘Yeah, my father taught me. Sometimes we would have a broken rod or missing hooks, and he would tickle Trout right into the frying pan.’

‘That’s amazing! Truly! You need to teach me.’ Alex’s enthusiasm was overriding all reason.

‘Yeah, it’s the same technique that’s saved my marriage. Trout tickling,’ Fred burst out into raucous laughter. ‘It’s all in the fingers bud!’

At first, Alex was shocked and then ready to punch his friend but couldn’t help laughing as well. Fred put an arm around Alex’s shoulders, and they both shrieked and repeated the words into the open country air. Over a couple of cold beers, that afternoon sitting on the riverbank Alex was still shaking his head and chuckling at his friend.

‘Screw you, Fred, you really got me good.’ Alex shook his head. ‘I knew it in the beginning, but …’

Fred interrupted, ‘but you let your fantasy world take over!’

Alex realized his secret contact with Amira was a prank far greater than Fred could ever imagine, and he was already tickling a trout far closer to home waters. Through forced laughter, a wave of guilt and unease engulfed Alex as he shared the joke with his friend. It would still be some years before Fred would even begin to catch on.

Available from Amazon and https://nickywebber.com amd some local bookstores and libraries

THANKS for your support! 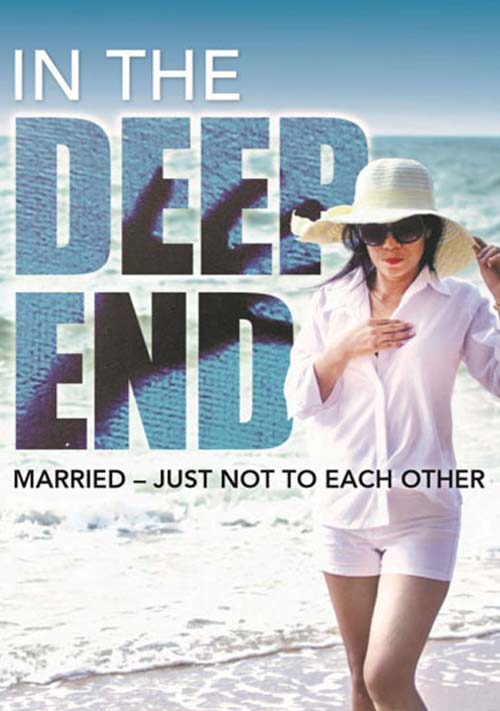 In the Deep End on Sale!

In the Deep End on Sale! 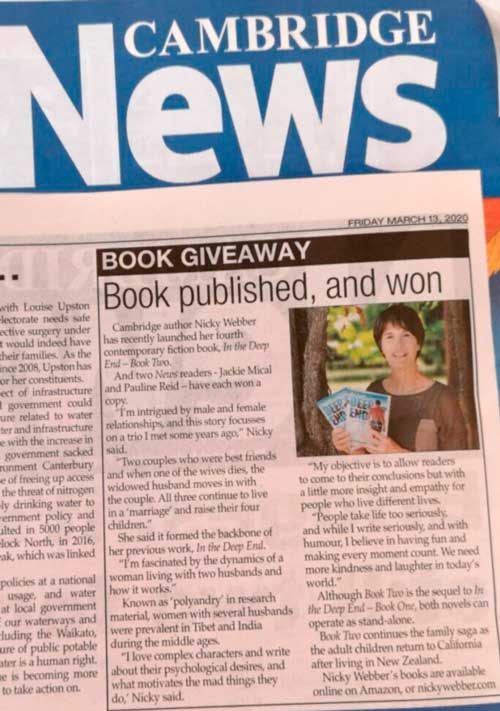 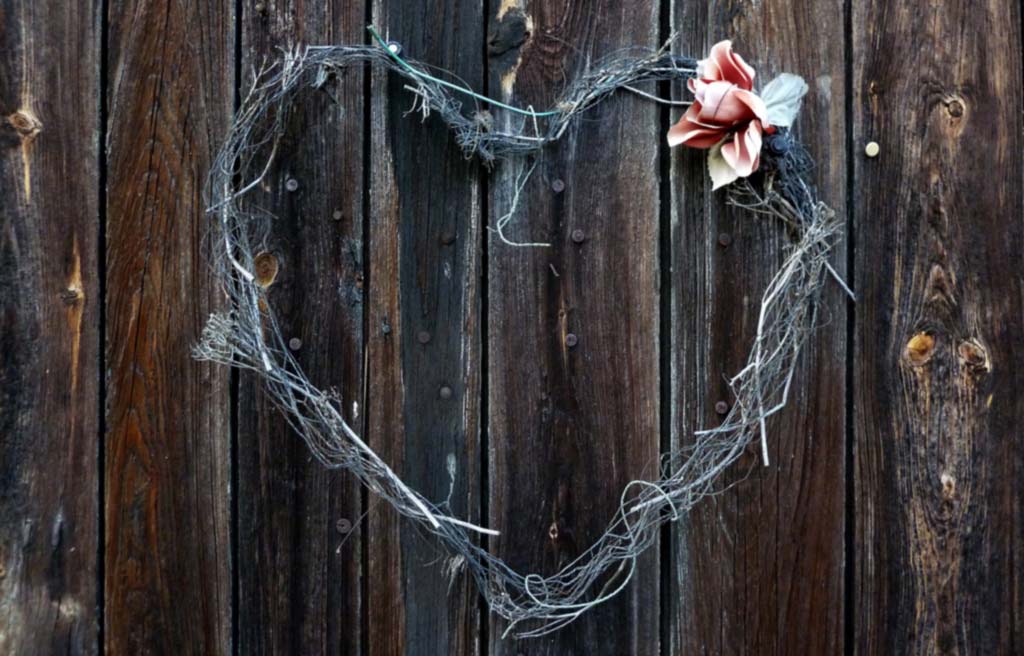 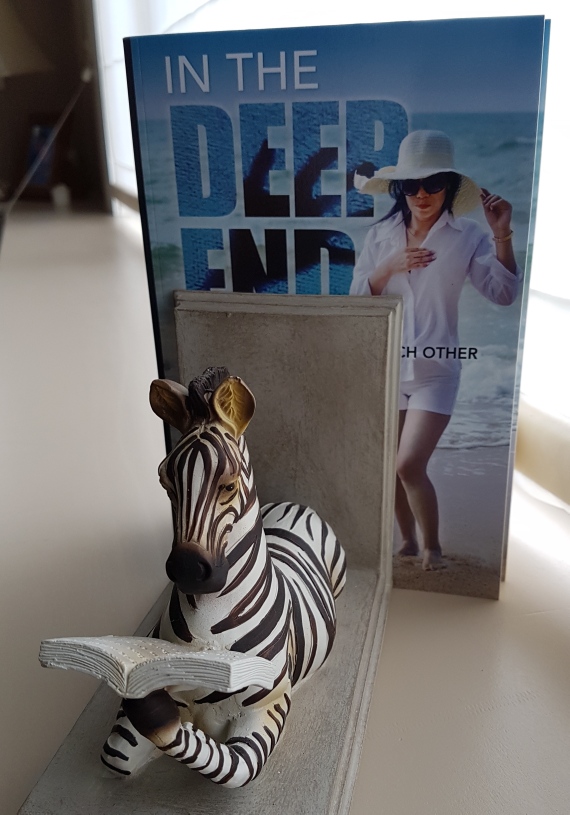 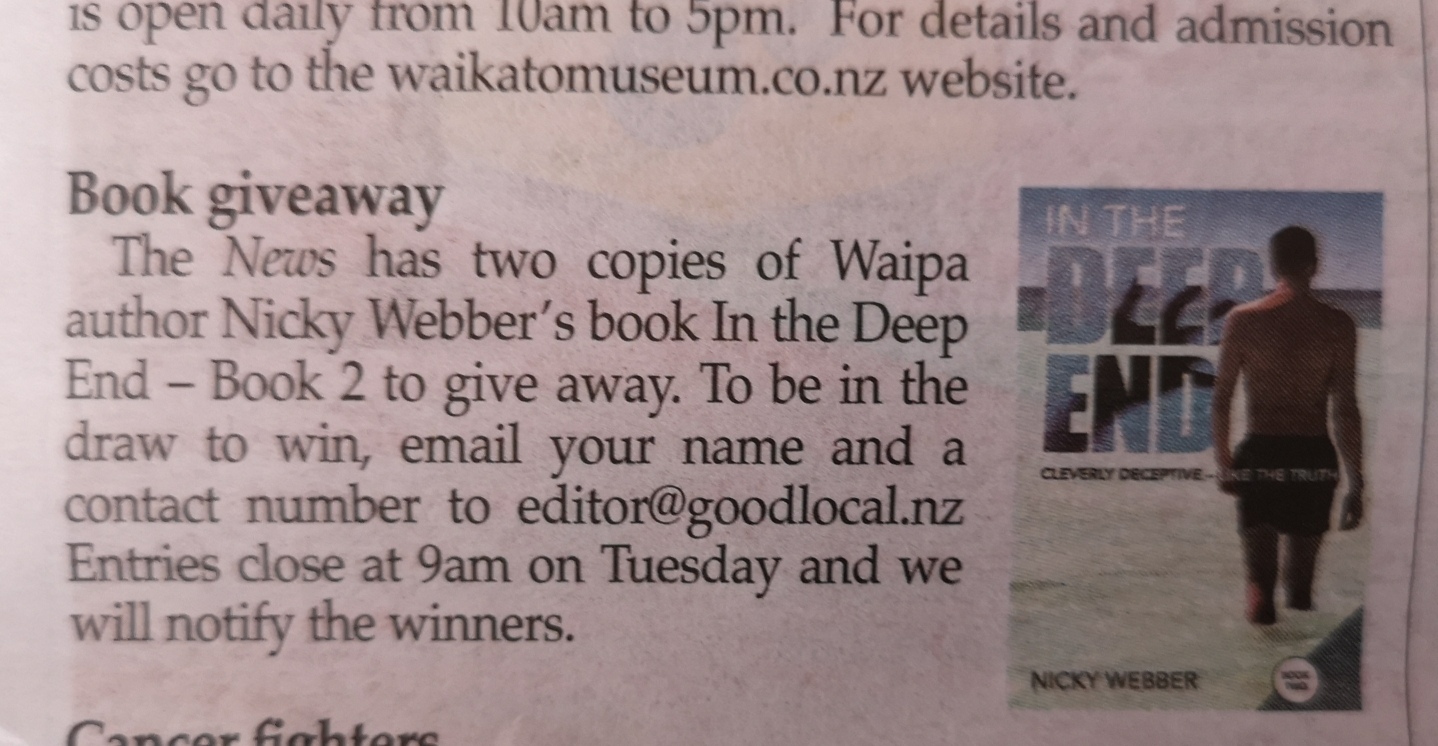 Be in to Win a FREE Book

Be in to Win a FREE Book 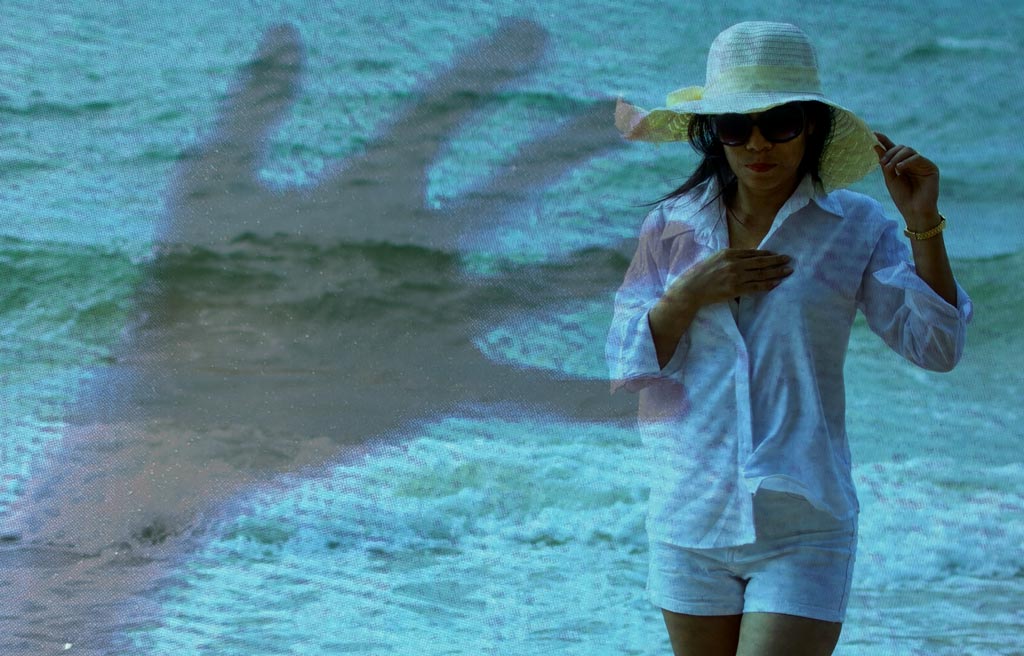 In the Deep End Bk 1 Chapter 2

In the Deep End Bk 1 Chapter 2 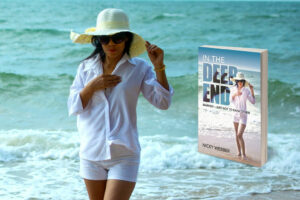 In the Deep End Book One Chapter One

In the Deep End Book One Chapter One 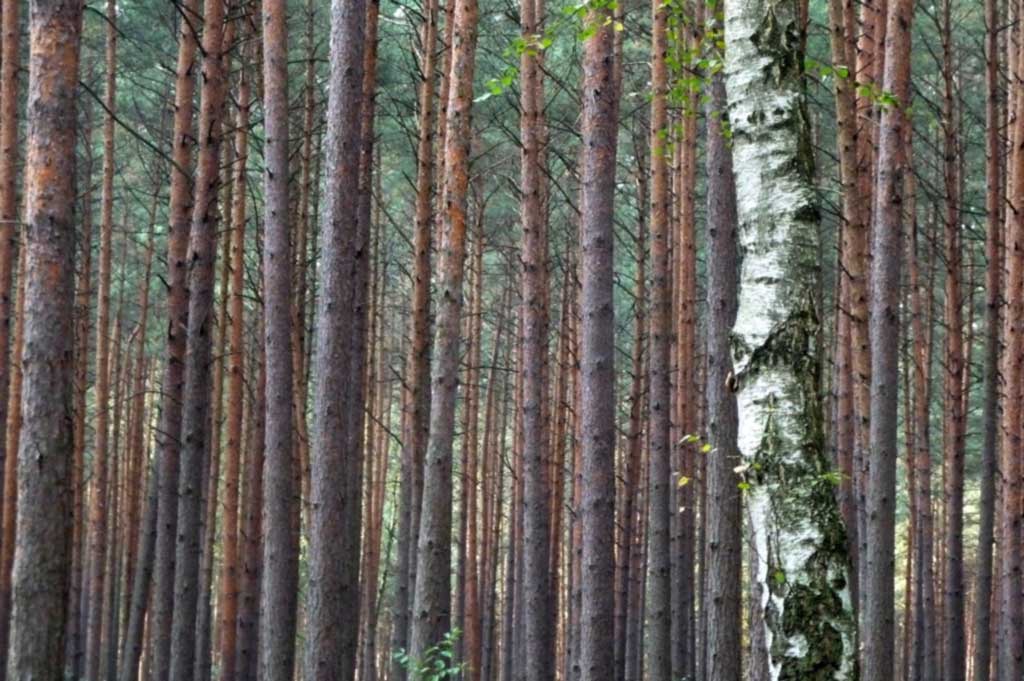 Can’t See The Woods For The Trees?

Can’t See The Woods For The Trees? 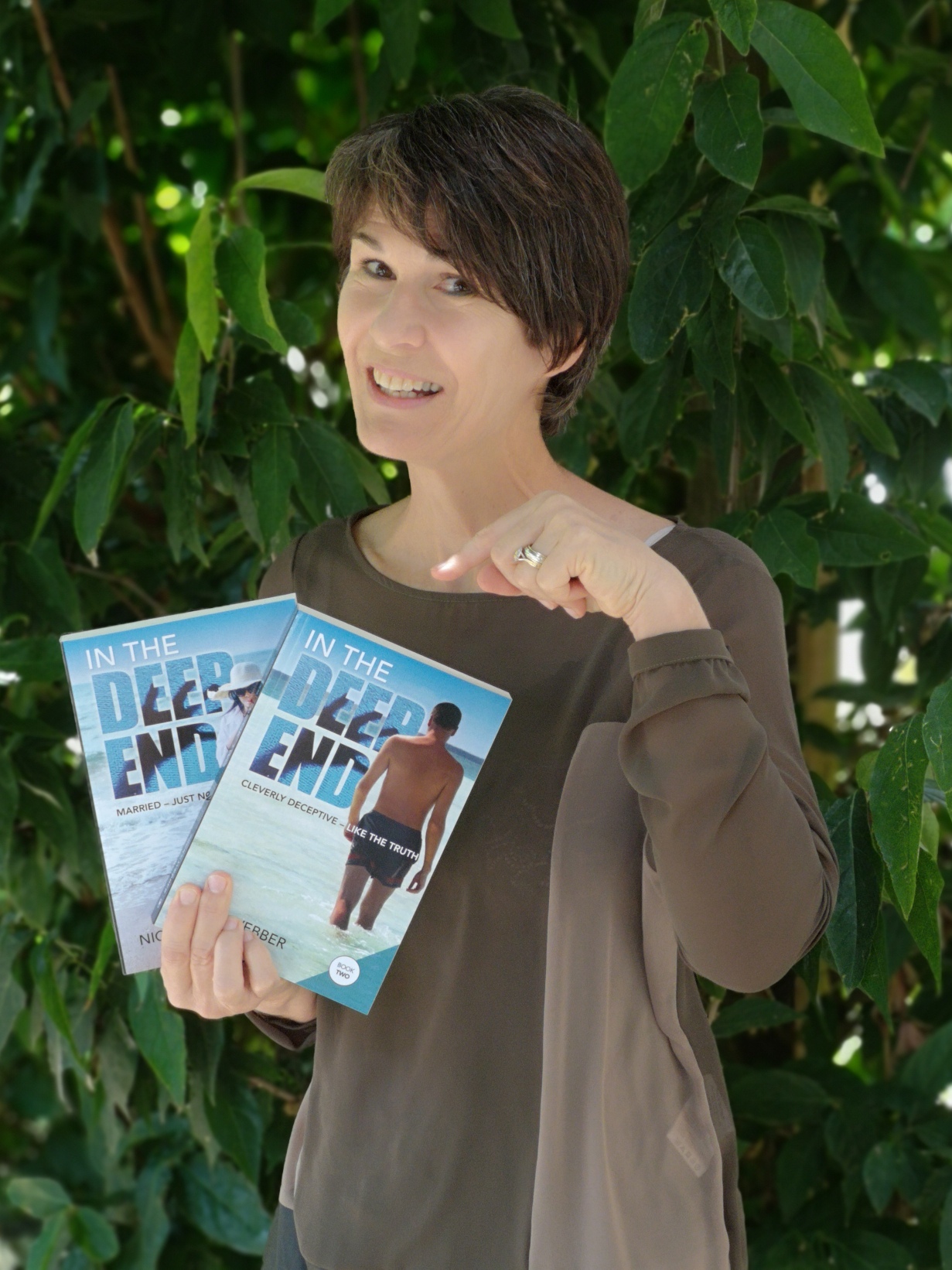 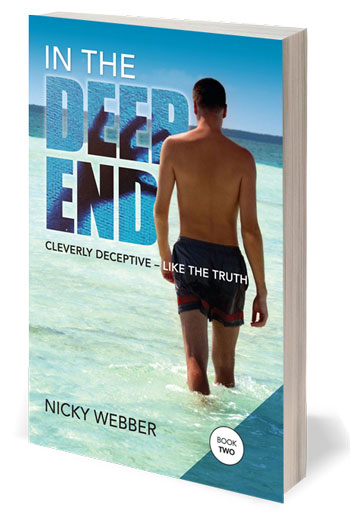 It’s All in the Blurb – Book Two

It’s All in the Blurb – Book Two 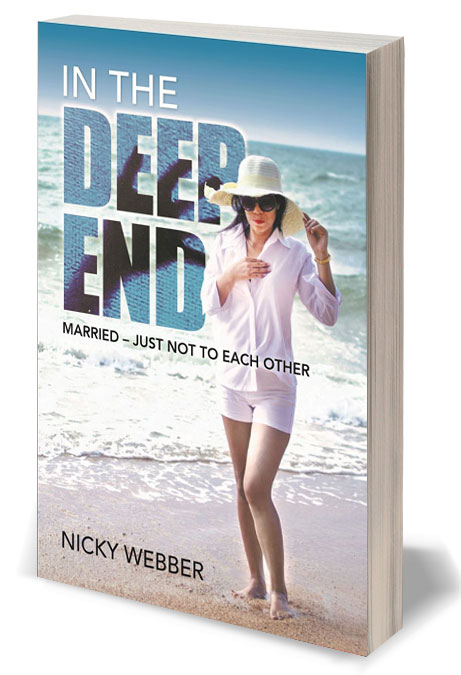 In the Deep End – Book One Blurb

In the Deep End – Book One Blurb 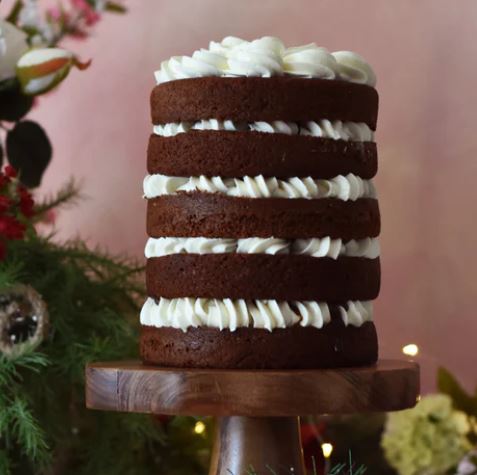 The Taste of Christmas

The Taste of Christmas