Book One – When We Believed

This is a draft chapter in the new  Book One Due for release before April 2021:

It is one of those sharp, clear Los Angeles blue skies in the middle of summer when barely a seagull flies in the baking afternoon sunlight. Venice Beach, crowded with skaters and hot young things, gather in the blocks of shade skirting the edges of buildings and palm trees. They are eating bacon, burgers, fries and ice-cream as the silky ocean waves roll in on the high tide. Tall buildings, hotels, apartment blocks and squat boutique shops cram the coastline as the heat forces most into cool air-con interiors.

Crisp lines of mid-afternoon light streak through the teak shutters warming Amira’s naked body sprawled across the large double bed in the chilled hotel air. She inhales, sad and frustrated with Alex’s conversation.

‘I can tell by the look on your face,’ he concludes.

‘It’s not my look, it’s just the endless circular talk. We never resolve the issues.’ She slides from the bed, grabs a fine cotton shirt, and pulls it over her torso. ‘I need to leave,’ she states in an ominous tone.

‘Don’t go, not like this,’ Alex reaches out for her hand as she moves away from the dishevelled bed. Amira turns to face him, clutching at the wrap-around skirt and tying it around her waist.

‘We can’t carry on like this, it’s unfair to everyone.’

‘Not on me,’ he gives a wry grin, pulling her back to the bed.

‘Alex, I must go,’ she knows they are entering familiar territory. His wretched desire conflicting with her fragile resistance. Things must change.

Their involvement has expanded over the years into a lifelong affair. They split up once or twice during the early stages of Amira’s marriage to Fred, long before Alex’s wife, Mila became ill. That part of their lives immersed in shared sadness feeds Amira’s merciless guilt. Looking down at him, spread-eagled on the bedsheets, his deep blue eyes tracking her every move, Amira wonders if his persistence is the glue preventing them from ending their affair.

‘I need to get back to work.’ Amira won’t play his game anymore.

She leans forward and kisses him; he holds her face in one open palm, the electric warmth of his lips pressed against hers suffusing her entire body with desire. Amira pulls back and they hold one another’s eyes before she turns away and stalks from the room, closing the door behind her.

In the car, as she races across town, she is aware Alex knows she will never let him go. She must. She exhales a deep breath. The futility weighing down on her mind. It has to end.

Her husband Fred is oblivious and in some ways, it’s a perfect arrangement, but it doesn’t assuage her guilt. What did he say the other morning when she was brushing her teeth before meeting his best friend for breakfast? Amira stops at the first intersection, lost in thought. Something about the clothes she was wearing. It was so out of character. Fred never notices a new haircut or a new dress, but he made some unsettling remark. She had her toothbrush jammed in a mouth full of foam and just smiled and continued rinsing her mouth out.

Ah, that’s right; ‘I haven’t seen you in those shoes before.’ Fred never notices foot ware!

What about these old things? I bought them last spring. She decides not to comment out loud in case, with his ex-Navy Seal, supersonic paranoia he is baiting her and would catch her out. Sometimes she imagines Fred has always known about Alex, her secret lover.

Way back when they were eighteen, he asked her if she had ever slept with his best friend when she and Alex were first dating.

Now he asked her again, his words muffled as she spat the toothpaste into the sink. She hesitated, rinsing her mouth, considering which was the best answer. Truth? Or dare to lie and complicate things further.

‘Yes, of course,’ she said. ‘We were together for over a year back then.’

‘I know,’ Fred looked at her, trying to read her expression. ‘He’s a lying bastard.’

Amira is caught off-guard. ‘What? Isn’t Alex your closest friend? How can you say that about Alex?’

‘I believed him when he told me you two had never slept together. You were just good friends or some bull and I bought it hook, line and sinker.’

‘That’s life darling,’ she smiled at her husband, ‘and that was a long time ago.’ Amira dried her mouth and added lipstick while watching her husband in the large bathroom mirror above the double porcelain sinks. He shrugged and left the room.

Fred and Alex were so attached. They cycled together most weekends, talked constantly and yet they are opposite in almost every way. Maybe it’s why she’s addicted to them both. They are the Ying and Yang of one another. Amira thought the relationship between the four of them was like a complex thousand-piece puzzle with four blind individuals trying to fit picture together. Intellectually superior, her husband Fred, has a mind like the blinding glint from a honed blade steel trap, slicing through layers of mathematical data, but shut-off to anything involving his heart.

The two wives, Mila and Amira, spent many hours over the years discussing the prime points and shortcomings of their respective husbands. It convinces them that Fred’s perspective is a match for Asperger’s, both a blessing and an excuse for Amira’s semi-detachment from her husband.

‘I listened to an audiobook a few days,’ Mila explains sipping coffee with Amira at a local café over the weekend. She smiles, flashing her warm brown eyes at Amira. ‘I had this epiphany, you know, a kind of spark of understanding.’

‘What was it about?’

‘Just a psychologist interviewing some clients about their relationships and he made some interesting observations.’

Amira nodded, leaning closer to hear every word, above the clatter and chatter of several other customers enjoying the mid-morning break.

Mila took stirred more sugar into her coffee. ‘He says people who are in relationships and spend much of their time fantasizing, dreaming about other relationships, lovers from the past and so on, can become addicted.’

‘Well, that’s what I thought but that’s not what the research says.’

‘Why? How could imagination destroy anything?’ Amira had given up sugar but stirred half a teaspoon into her black coffee. ‘I mean thoughts like dreams can’t kill you.’

Mila smiles. ‘You think about it. If you spend spare time imagining another lover and you build this imaginary person into the greatest listener, the best lover, the most thoughtful and interesting guy you’ve ever met.’

‘Sounds perfect,’ Amira chuckles. ‘Where can I get one?’

‘The psychologist argued, you forget you’re fantasizing and making it all up. Imaginings become a real and addictive habit. It takes intimacy away from your real-life partner. You avoid any depth of emotion with the real man, preferring to share your thoughts with the imaginary one. When things are tense with your husband, you escape to the fantasy. It takes away your commitment to a genuine relationship.’

‘But any thinking person realises the difference and can…’

The young waitress interrupts the pair. ‘More coffee?’ she asks about to pour from a metal jug held in both hands.

‘No thanks,’ Amira says, placing her palm over her half-empty cup.

‘Not for me either,’ Mila smiles at the blonde girl.

‘No thanks,’ they both say together as the server turns on her heel and leaves the two friends alone.

Amira concentrates her eyes on Mila’s but they both remain silent.

‘What?’ Mila says. ‘I just thought the concept of fantasies wrecking a proper relationship was fascinating.’

Amira nods, trying to determine if her friend knows about her love for Alex. A ripple of guilt filters through her thoughts as Mila talks about a television series.

‘I’m watching it on demand,’ she explains. ‘Sister Wives, it ran about three years ago and I missed most of it so just started downloading the series.’

Amira took the last gulp of her lukewarm coffee. ‘I heard something about it but never got to watch.’

‘It’s about a guy who has five wives,’ Mila grins.

‘Talk about living the fantasy,’ Amira laughs, at least for him.’

‘Of course. It’s illegal, but you can see how it works well for them all.’

‘Is this reality television? Mila, you can’t believe everything you see.’

‘It’s not at all like what you would think. The husband has his work cut out for him. Five wives and something like seventeen kids. All the wives have their own house too.’

‘You sound like an enthusiast for this polygamy-type arrangement,’ Amira states.

‘I dunno, but it is interesting, and it seems to work.’

‘Does the husband have a house?’

‘No,’ Mila says. ‘he moves between the five wives staying a night or two at each place.’

‘That could be a logistical nightmare. What if he likes one wife more than the others?’

‘He doesn’t. He’s very careful and fair, treating them all the same.’

Leaning back into the seat Amira runs her hand through her hair, pulling the fringe from her eyes. ‘Sounds amazing.’ Here is a chance to tactfully discuss if Mila will consider a merger of their families. Her heart beats a little faster. She is impulsive and maybe this takes things too far. But as a hypothetical situation? ‘Would you ever think about having two or three husbands?’ She laughs to disguise her serious intent. ‘The down-side is putting up with washing double the sox and listening to triple the sports talk.’ She frowns and leans in closer across the small table. ‘I mean, can you see any benefits?’

‘A man with five wives has sexual advantages and the strong female mother roles to raise his children. It’s more prevalent this way around, even these days than a woman with several men in a family living arrangement.’

‘Yeah, I guess the woman with several husbands gets the short straw.’

‘Well, triple the sexual demands for a start and the three husbands could share the lawn mowing, halve their chores, so they are in a win-win situation.’

The pair laugh raucously, drawing attention from a middle-aged couple at a nearby table.

‘We better go. I might just suss out Fred and see if he’s keen to have a couple of sister wives in the fold. Can you imagine!’ 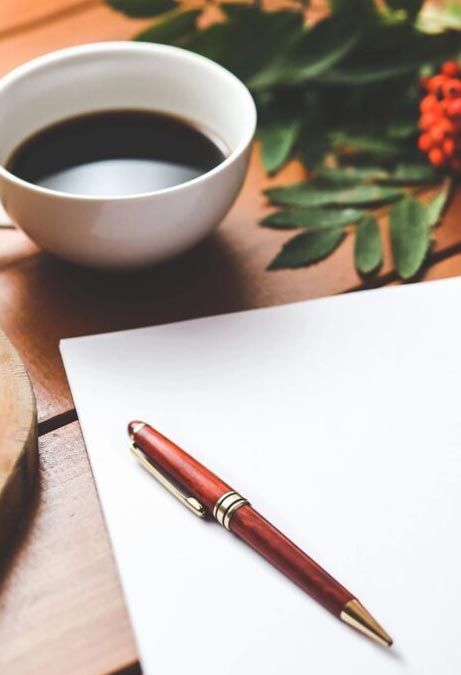 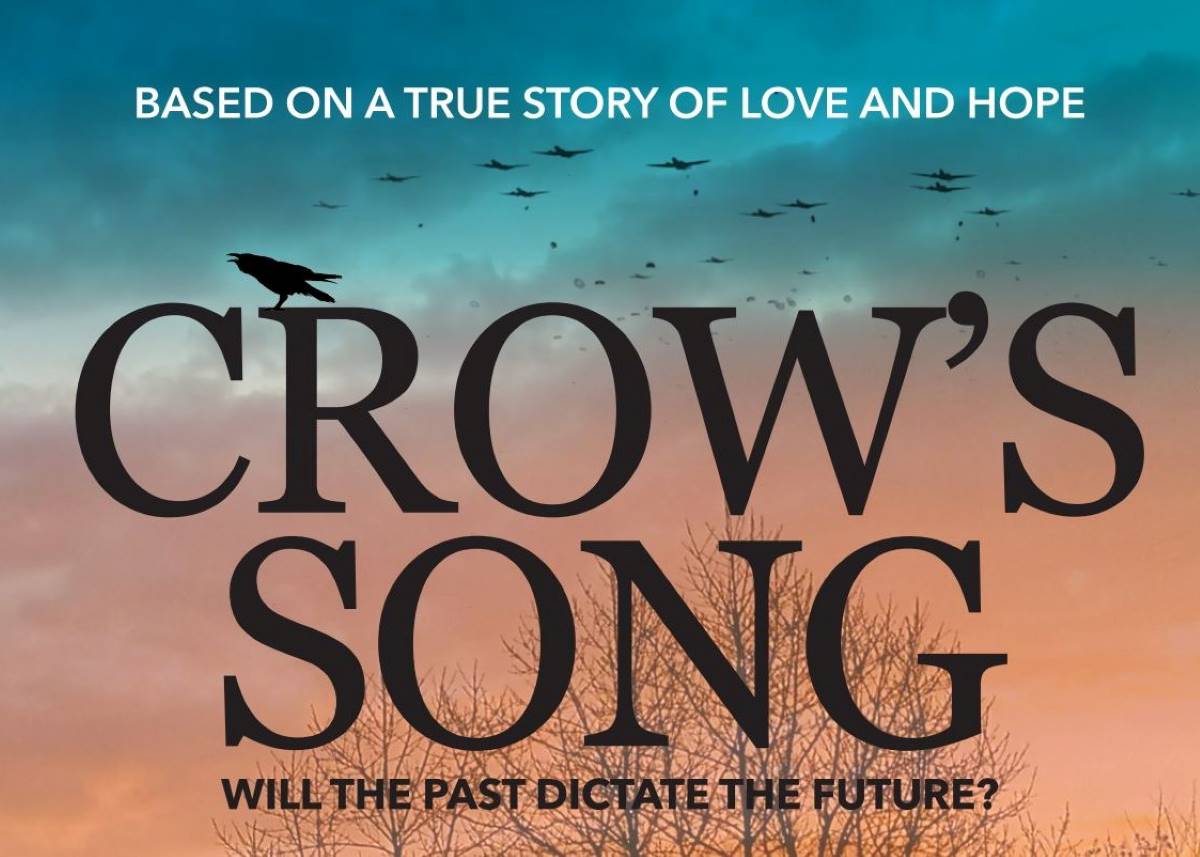 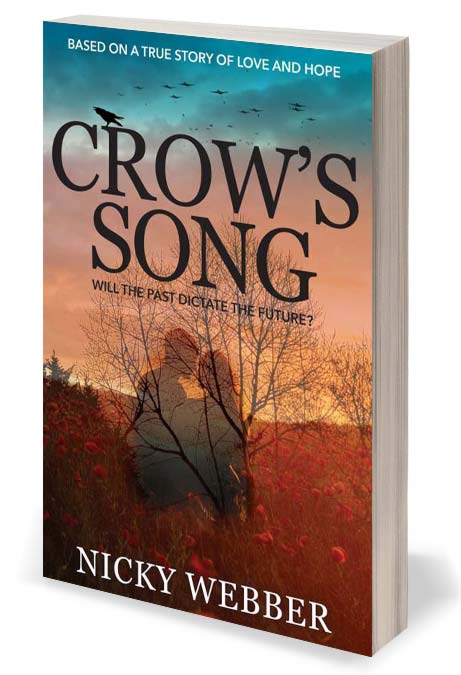 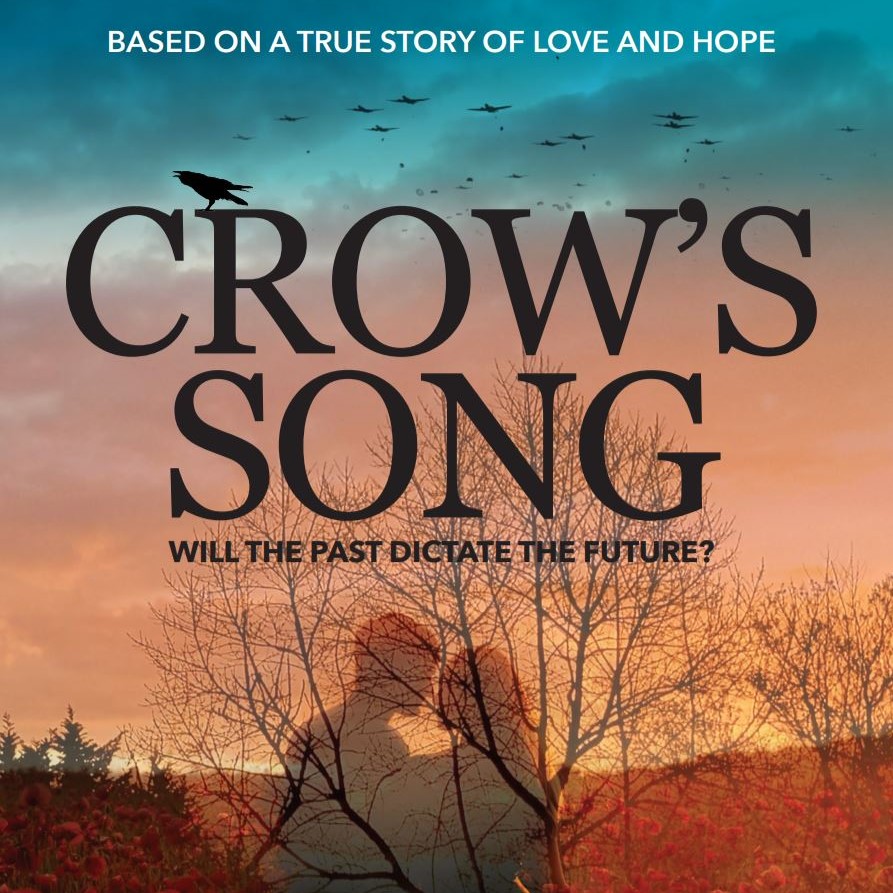 Crow’s Song based on a True WWII Love Story

Crow’s Song based on a True WWII Love Story